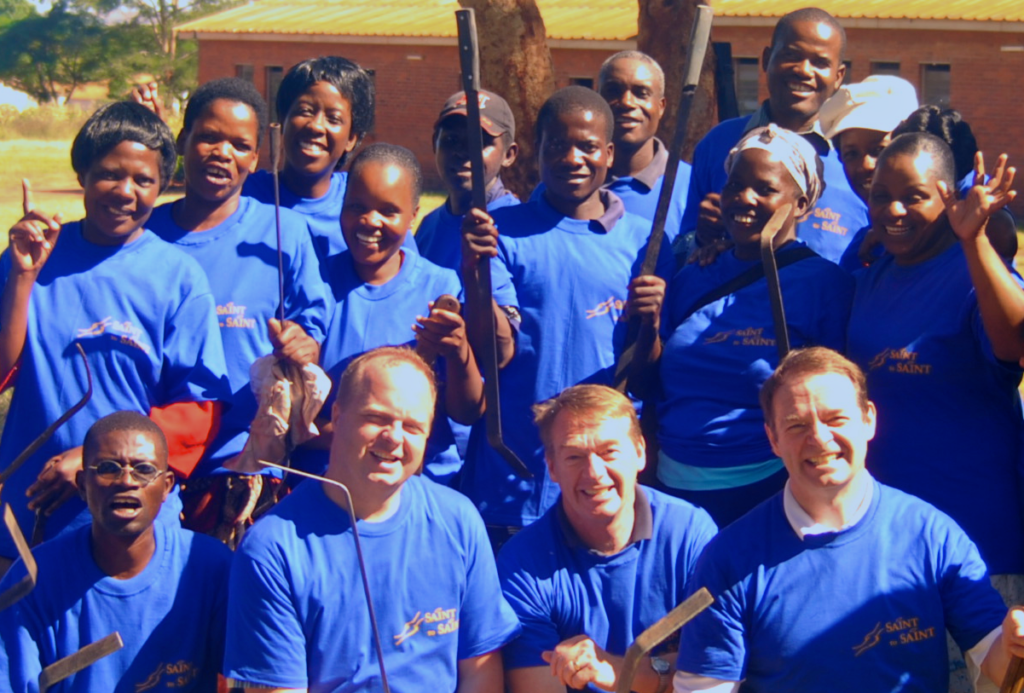 THE HISTORY OF INTERWEAVE SOLUTIONS

Interweave Solutions, an international nonprofit organization, was created in 2008 by two brothers, Lynn and Dean Curtis, along with David Curtis (son of Lynn).

David Curtis received his MBA and owns several businesses in partnership with Dean. He was very successful in business but had seen the efforts of his father in community development and had always wanted to have a social impact.

At many family gatherings they would discuss poverty and how to overcome it. While Lynn was focused on community development, Dean and David were very keen on business. To them, without a job or a productive form of income, people could never lift themselves out of poverty. The economies of nations and the establishment of business were the way to reduce poverty in the world.

“No,” Lynn would reply. “Business is about profit. A profit motive causes exploitation. If we can’t teach them to read and solve their own local problems, then poverty will never be solved.”

“They can read all they want,” Dean would respond. “One of the biggest local problems is that there are no jobs. That means that it doesn’t matter how well they read—they still have no money for food. They will still live in cardboard boxes if they have no viable means of income. Someone has to create the jobs, or there will still be poverty.”

Family reunions often became a friendly exchange on how to solve world poverty, with business on one end and charity at the other. They all wanted to reduce poverty. In the United States, Dean and David were creating jobs, and internationally, Lynn was helping people learn to read and establishing local groups to resolve neighborhood issues.

And then, after many family get-togethers, friendly discussions, and occasional disagreements over the Thanksgiving dinner table, it clicked. They decided that in order to truly fight poverty, they needed to interweave the positive aspects of both business and community development into a non-profit organization that would help people create “self-reliance groups where they could work on business, home, and community issues”.

Thus was born Interweave Solutions. Its slogan is “Charity with a Bottom Line, Business with a Heart”.

Today, Interweave Solutions has Success Ambassadors in more than 30 countries teaching the Master of Business in the Street (MBS) program and has developed curriculum for small groups in English, Spanish, French, Portuguese, Arabic, Acholi, Tzotzil, Lugandan, Haitian Creole and Tagalog.

We continue to progress and improve consistently.

Master of Business in the Streets

Counseling in the Streets

FIND A SUCCESS AMBASSADOR NEAR OF YOU